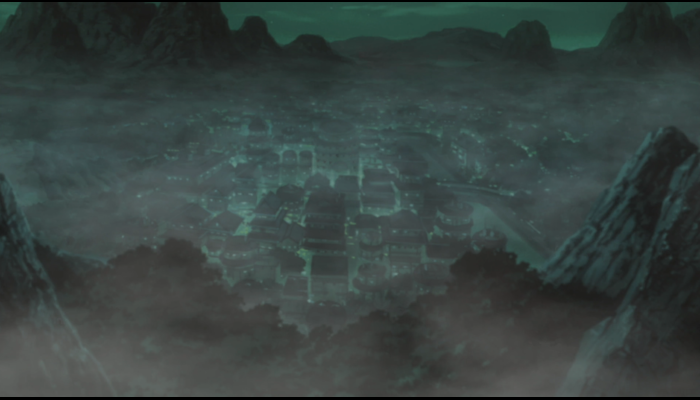 The thick mist filled the cool air that entangled itself around Sumato. His back latched onto the locked doors of Kirigakure, Sumato closed his eyes waiting for the young genin to make their appearance. Traversing through the land with his bubble soap ninjutsu, the jounin was able to gather the necessary tools he had needed for this mission to the Land of Lions. Equipped with green sealing tags corroded with the sozo algorithm, chakra pills, blood increasing pills, wire string, his bubble blower, and many other tags with familiar and forum kanji signs on them, the young devil was quite prepared. Without an ounce of training nor bonding, this mission could be challenging as it acquires the shinobi to be spontaneous, quick thinkers, and have to adapt rapidly, though the man had faith in his new team. This mission was important and was ranked a B-Rank, but could be higher. He knew his team would have to have their wits and keen senses up at all times. 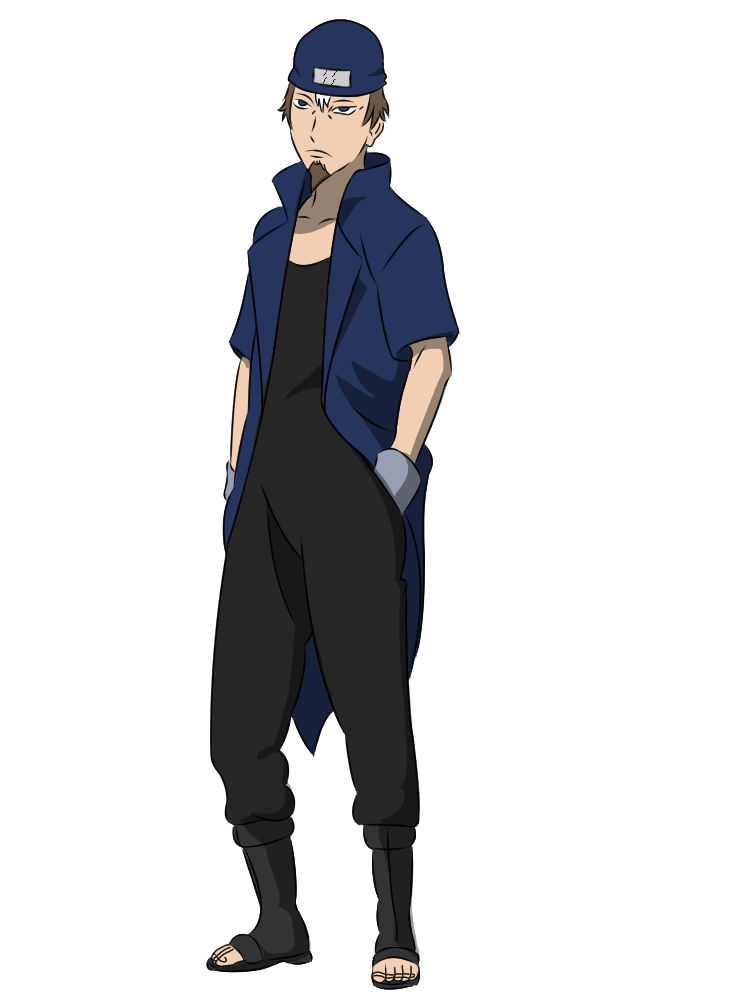 As he had been the first one to walk into the hideout, Takezo was also the first one to leave. Throughout their trip, he had paid no mind to some of the worried residents of Kirigakure. After all, they were all foreign to him. Instead, he had opted to focus on his new teammates. His eyes had flickered several times towards Kazuya and Tatsuya, for their appearance, amongst other things, drew Takezo's inner curiousness that no growing child could deny. Several questions arose into his head, but he dared not ask a single one. Not because he was afraid of the answer, but because by the time he'd decide to even ask them, they had reached the outskirts of the village, where their Sensei awaited for them. Making eye contact with the man, Takezo lined up in front of him, though he said not a word towards him.
K

Staff member
Administrator
Kazuo raked in the atmosphere in every sense he could. Breath, sight, hearing, even taste. He would have to enjoy much different atmosphere moving onward. The Land of Lions. What was it like... no matter. Everything had to be experienced to be truly known, and Sensei was preparing their equipment. The mission was all that they had to worry about, so that was all that was entitled to Kazuo's preparing self. Whatever they had to do, it was going to be harsh, else they would not attach Tatsuya and Kazuya to them. Kazuo alone probably would not have made it. Kazuya and Tatsuya could a little bit, but together, each of them could draw a most of themselves, specializing in any kind of force.

If there ever was a time to prove how professional Kazuo was, it was now. Thus, he barely relegated any thought to walking out of the hideout. He nodded at Takezo and the twins without much thought to it, and proceeded towards Sensei. Soon, his mind would come around, and they'd be ready to depart.

Looking around.. breathing in the fresh scent of thick mist that has always welcomed the twins while outside the outskirts of the village, they got a sense of comfort knowing that they were going to be around their Sensei Sumato. Leaning up against the wall at a staggering 5ft 11inches both Kazuya and Tatsuya were always the tallest in their class. They would both look around seeing if they would recognize anyone's faces as they would look on the horizon and see Kazuo and Takezo.

Knowing that both twins never really had a lot of experience with professional swordsmen or better called "Samurai" they were really always around just Chakra wielding users. But nothing to extreme nor to little would let the twins let down their guard. Any obstacle they were thrown they would overcome as quickly as possible. Walking through the final area they would see a man standing in the shadows. As they would come closer into the light they would notice a familiar yet warming face their Sensei.

"Hey there Sensei Sumato! How are ya?" The twins would say while putting a small smile on their face. 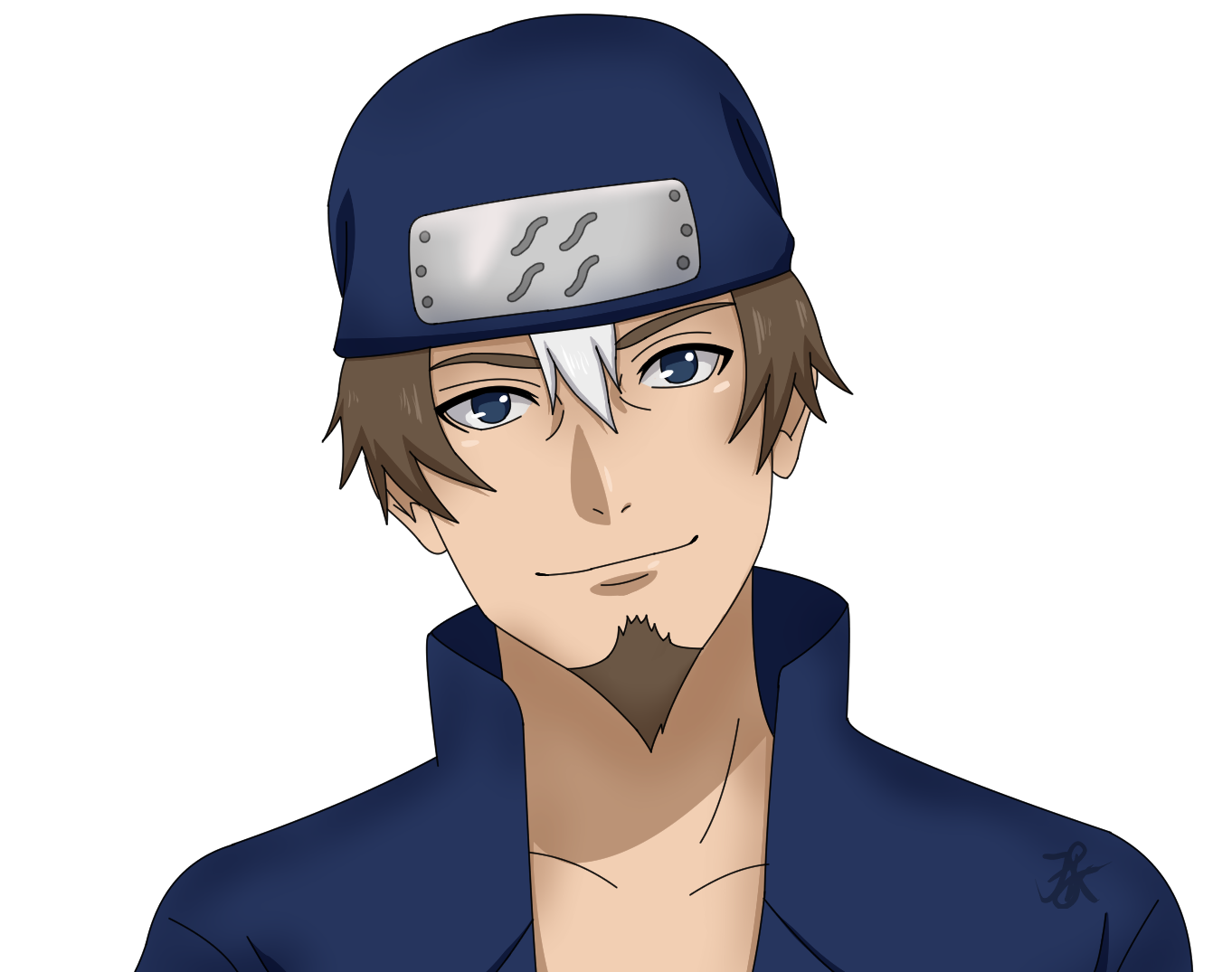 The emergence of footsteps summoned Sumato's ears to peak upwards tracking the different sounds manifested from the different strides that all varied in weight and pace. Playing a game with himself, the handsome devil began to predict whose footsteps were whose. The nimble and most quiet came from the Samurai exchange student, the slow and light footsteps were produced from Kazuo, and the heavy thumps came from the large mass of the twins. Sumato smirked to himself, complimenting himself on still having impressive listening and sensory skills. Standing only six feet away from him, a bright genuine smile materialized on the tall man's face. His blue onyx orbs pierced onto the genin as he began to speak.

"Been a while team. This is our second encounter and already were sent on a mission, heh. Hmm...well, I guess I should inform you of our mission. We are to obtain a secret scroll that currently resides in the Land of Lions. Land of Water's informative has intel that bandits may be going after this scroll. I don't know the specifics of the contents in the scroll, but I'm sure there is nothing good that comes from this. This is your first official mission, do not jeopardize your life or your teammate's lives trying to play the hero. This mission will take patience and strategy. Are we understood?" the short speech flowed calmly from his chapped lips.

The former leader of the tactical and interrogation force was now a jonin leader, quite the shocker as he never imagined himself being an overseer of the next generation of shinobi. He did not complain as he slowly but surely accepted this fate with honor and gratitude. Sinking his left hand into his pouch he would relinquish a bubble blower from his confines. The bubble blower already molding and materializing his water chakra, three bubbles would form around the genin, each separating them three feet apart as they'd be lifted from the rocky terrain. The same occurred to Sumato as the three mist shinobi would now be engulfed in medium-size bubbles. Concealing both their physical presence and chakra, the bubble would navigate to the Land of Lions. Moving at a speed of 460 mph Team 2 would soon make it to their destination to the Land of Lions.

Though Takezo had nodded in response to his Sensei's words, truly he had no idea what was occurring. He knew of the Land of the Lions, in fact he knew of every Land, for he had been instructed of them back home, before he had been transferred to Kirigakure. Still, if it was anything like the Land of Water, Takezo knew it would not be easy, much less a pleasant time. The culture would be different, the terrain unknown, and the people unfamiliar. It was everything he didn't need. Especially considering that he already was a foreigner, so truly, for the purpose of their mission, he'd be a foreigner amongst their team going to foreign lands where they'd also all automatically be, well, foreigners.

As his thinking took the majority of his time, once he returned to reality, his entire visage had changed. An elastic substance surrounded him, one that was slightly wet as well. He could see the sky quite clearly, and the town they had come from down below. It all moved and changed incredibly fast to the point where it didn't even appear real. Sweat dripped down his temples as many questions arose him. Where was he? How'd their Sensei managed to do this? Why would their Sensei do that? Couldn't they just travel by horse, like normal people?! What was the need to fly? Whatever all-supreme figure reigned above them clearly hadn't made man so that he could fly, so why?!

Slowly, his panic cleared, despite the fact that he had shown little signs whatsoever. He looked towards his teammates, who both appeared relatively calm. "This must be completely normal for them..." Gulping loudly, Takezo's brows furrowed slightly. He was determined to become comfortable with this flying bubble machine!
K

Staff member
Administrator
The debrief was clear and swift, but for each information, Kazuo had questions. Bandits are all kinds of things; some are barely a threat, others are more than a threat.
"We do, Sensei. We'll work as one", he replied. As he tried to press for more information though, the all-familiar water chakra went for him. Instinct ringed him to hold his breath, but he knew that trick. He used to call it Bubble Train, even though it was for flying. Soon, the earth around him turned into a blur that filled him with determination, then as the bubble went up a moving landscape that filled him with boredom. Kazuo was flying as fast as a jet plane, yet he didn't felt the speed. What good is it if you don't feel it?

But hey; These views. Kazuo swore he could see whole Land of Water from here. And he'd be on-site soon. Kazuo's mind filled with speculations about exactitudes of the mission and how will he work with Takezo and the twins. It would seem bulk of information was something to be procured by the team. If only Kazuo's Mind Release was more developed.

And there were his team mates. He got to know them only today. With only surface knowledge of how did they operated and no hard authority over them, Kazuo anticipated a test of cooperation first, tactics second. Many can move pawns on the chess board: Few could play as a pawn and communicate with other pawns a plan that they're all can work with.